Detectives are appealing for witnesses as enquiries continue into linked firearms discharges in Halifax. 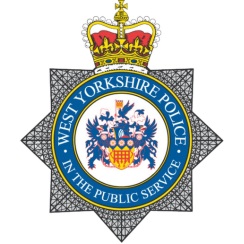 The Homicide and Major Enquiry Team has made arrests and is continuing investigate three offences in which weapons were discharged outside properties, none of which resulted in anyone being injured.

Police attended at an address at Bracewell Drive on November 4 and November 13 following reports of shots fired outside the address at about 7pm on both dates.

A report was also received of a discharge on Claremont Close at about 6.45pm on November 13.

Specialist officers carried out detailed searches at the scenes following all three reports and found evidence of firearms discharges.

Two local men aged 36 and 34 have subsequently been arrested on suspicion of firearms offences in connection with all three shootings and remain in police custody.

DI Guy Shackleton of the Homicide and Major Enquiry Team, said: “We are continuing to investigate these offences which we are treating as linked, and I am appealing for anyone who witnessed these incidents or who has information to comer forward.”

“All reports of firearms crime are treated very seriously indeed by West Yorkshire Police and I can promise residents that a full investigation is ongoing into these firearms discharges.”

“Information can also be given in complete anonymity to the independent Crimestoppers charity on 0800 555 111.”

This entry was posted in Announcements, Get Involved / Have Your Say, Nov and tagged Crime Prevention, Crimestoppers, Police Appeal, West Yorkshire Police.

Find a Warm Welcome Space Near You

Discover the locations of Warm Spaces around Calderdale – and beyond.